Photograph of Interior Mural in Bldg. 1921 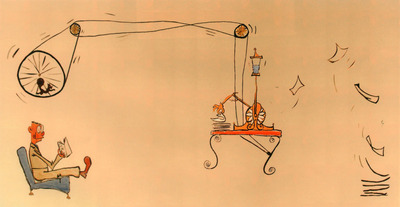 Photograph of interior mural in Bldg. 1921, 1st floor, east wall, 70" wide x 30" high. Murals 056-063 were painted between the building wall studs painted on the inside wood clapboards. They were discovered during training by a civilian fire fighting school. Images 056-062 depict mailroom activities. Inferred they were created approximately 1952-1960 because there are the names "Eisenhower," "Mamie" (Eisenhower's wife), and "Nixon" handwritten next to the figures in mural 063.